On April 7, campaign organisation Campax denounces the climate policy of Zurich Insurance with a 10×13 meter banner hung outside the insurance giant’s headquarters that reads “Zurich stop insuring oil and gas projects” just hours before its annual general meeting. The climate activists are demanding Zurich’s withdrawal from the oil and gas business.

Zurich Group is one of the world’s three largest insurers of oil and gas. This is despite the fact that it has committed itself to limiting CO2 emissions in line with the 1.5°C target. While the insurance company has an existing set of rules for phasing out coal and oil sands if it wants to meet its own climate targets, it needs an oil and gas exit strategy.

Angelina Dobler, Climate Campaigner at Campax: “While Zurich’s coal policy is a step in the right direction, it remains completely silent on oil and gas. In order to comply with a 1.5ºC pathway, it is imperative that Zurich stops insuring all climate-wrecking fossil fuel projects and companies. Zurich has the opportunity to become a climate leader in the insurance industry by adopting a credible and consistent oil and gas exit strategy, now.” 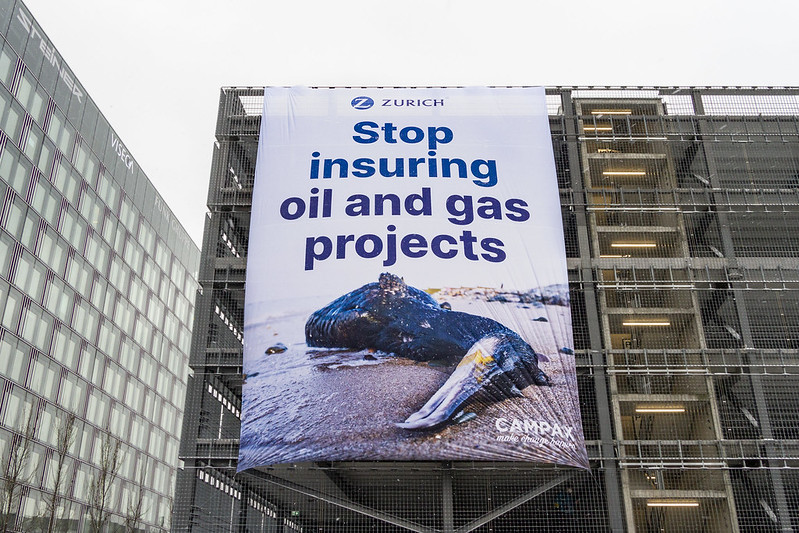